Happy Thanksgiving from The Violution!! We are very happy and proud to release our second music video teaser, Stairway to Heaven, in anticipation of the upcoming EP/DVD release coming December 23, 2016. Filmed on location at the Seven Magic Mountains in Las Vegas, Nevada, JLynn was joined by four of her beautiful and talented colleagues and friends for the shoot: Crystal Yuan, Monique Olivas, Christina Riegert and Liz Bedrosian, as well as director and editor, Henry Lipatov, 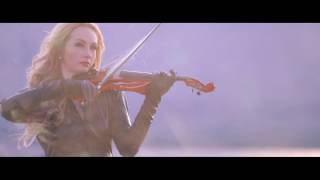 Will you support The Violution?

Hello friends, from all walks of life, from all viewpoints and standpoints, political and non-political. I come to you and ask of you for nothing but your support for an endeavor I started five years ago and that will finally find fulfillment in its completion this December. From 2011 until today, I have navigated choppy waters of my own personal musical journey with The Violution. As my passion project, it always had to come second, whether it was to give preference to jobs